The first little pig built his house of straw…and the wolf came and blew it down…so he ran to his friend.

The second little pig built his house of sticks…and the wolf came and blew it down…so he and his friend ran to the third pig’s house.

The third little pig made his house of bricks…but the wolf could not blow it down.

So all the pigs were safe…

Today I found their house No 5, built of bricks, in a plush London neighbourhood. So the pigs in the tale have done very well.

The Piggy bank has defeated the Wolf on Wall Street! Three oinks & a hearty Hurrah! 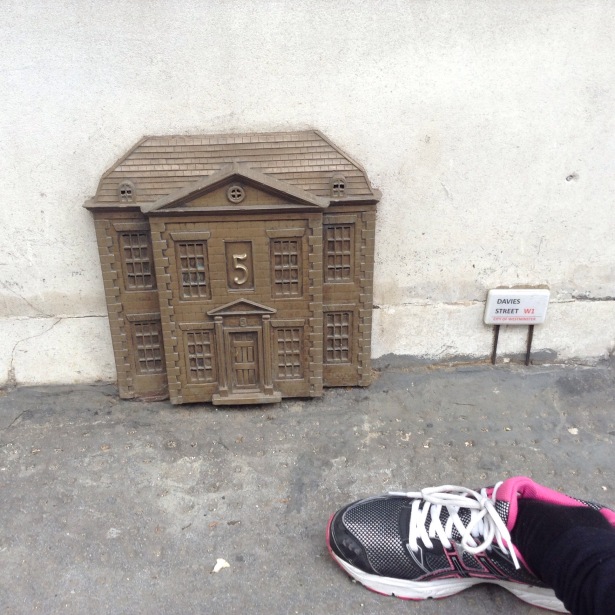